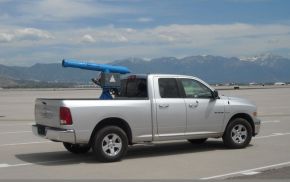 Unlike most other animals, birds' bones and body cavity contains large pockets of air, which helps them fly, to determine their position, orientation and altitude in the air. Pulse Detonation Technology (PDT) sends out continuous waves of air pressure, which disorients the birds. As soon as the Thunder Generator goes off, birds leave the area. It is an effective and harmless way to repel birds.


Video of the PDT at a landfill:

Characteristics of the Shockwave Generator

The shockwave generator uses precisely controlled detonations to create pressure waves through the air. Because birds' bodies have an extensive system of air sacs this wave of increased pressure is immensely disorienting to them (though not at all dangerous). The change of air pressure is about the same as riding the elevator down five to six floors. Unlike with cannons that use only loud noise, birds do not become accustomed to the sensation of the pressure wave washing over them.

Our service: Ask for a demonstration

If interested, a demonstration at your site may be requested. 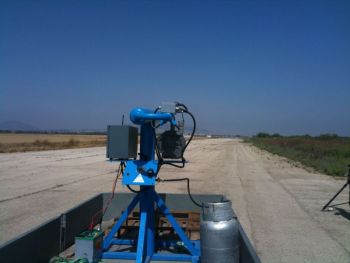 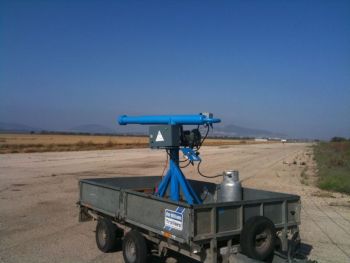 Public Buildings and Places
User Information
Bird Control for Cities
Especially cities and communities are effected by large flocks of pigeons. The concept of reducing food has proven very effective over the long run. We offer new concepts of sustainable bird control!

Installation Service
Just contact us for a free quote:
+49 69 4800 9779
Use our contactform or send us an E-Mail direct to:
info@birdcontrolsolutions.net
Bird Control Selector
With a few bits of information, we can help you select the suitable bird control solution and product from our Shop. Give it a try!